Fit or Fat? Blame the Kids! Fit or Fat? Blame the Kids!

Parents of kids ranging from tots to teens eat more saturated fat—the equivalent of nearly an entire frozen pepperoni pizza each week—than do adults who don’t live with children, according to a joint University of Iowa/University of Michigan Health System study. The finding was based on data from the U.S. government’s National Health and Nutrition Examination Survey III, which was published in the online edition of the Journal of the American Board of Family Medicine. (Click here to read the study.)

Most family-diet studies have examined how adults influence children’s eating habits, but few studies have considered how children or their habits may be associated with adults’ food intake, says the study’s primary author, Helena Laroche, M.D., an associate in internal medicine and pediatrics at the University of Iowa.

Researchers analyzed questionnaires given to 6,600 adults living with and without children under age 17. Nutritionists asked detailed questions about what individuals and family members had eaten in the previous 24 hours and how frequently they ate high-fat foods. Compared with adults living without kids, adults living with children ate an additional 4.9 grams of fat daily, including 1.7 grams of saturated fat—the type linked to heart disease. Adults with children at home were also more likely to eat foods such as cheese, ice cream, beef, pizza and salty snacks.

Laroche encourages her patients to think about what they eat, particularly snacks. Her tips include: 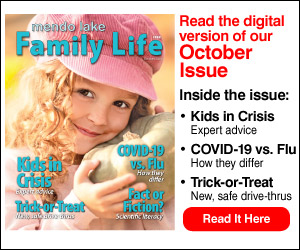