Got a Fibber on Your Hands? My youngest daughter has recently become reliable about brushing her teeth. I can tell, because the sink is now filled with gobs of toothpaste when she claims to have brushed. Before this development, her routine was to pretend to brush her teeth, only for me to find a dry sink and a dry toothbrush. How she went from someone determined to pull one over on her unsuspecting parents to someone who now brushes so enthusiastically that the sink suffers from her efforts was partially a matter of awaiting her maturity. But as parents we want to do more than just wait and hope. There are steps that we can take to drastically reduce lying and guide children towards honesty.

Experts believe that children learn to lie at about age four, but one of my best friends disagrees. “Children are born learning how to lie,” she insists. “They just don’t learn to use it to their advantage until age four.” And it’s true that as a preschool teacher I have heard fantastic yarns spun by those even under the age of four. One little girl convinced me that her father had choked on a plastic straw, requiring hospitalization. Another routinely insisted that her mother was picking her up at noon, even if she was staying at preschool for the afternoon. These children were learning to lie, or as my friend puts it, learning to use their lies to their own advantage. “If I insist that I’m leaving at noon, will that make it true?” wonders the young child. “How exciting would it be if my dad got to ride in an ambulance?” the other may have thought. Through this type of experimentation, children eventually learn the difference between fact and fantasy, lying and telling the truth.

How can we best guide children to tell the truth, particularly to us, their parents? Here are some suggestions:

Don’t put them in the position to lie in the first place. This is important especially as they get older and a lie would compound or complicate the situation at hand. If you are already fairly certain your child has committed an offending behavior, explain your thinking rather than ask what he or she did. For example, rather than asking, “Did you hit Geoffrey?” you can say something along the lines of, “I heard that you really wanted that toy and Geoffrey is crying. I think you got mad at him and hit him.” Saying, “I see cookie crumbs on the table and it makes me think you took a cookie even though I told you not to” rather than, “Did you take a cookie after I said not to?” will help your child not to be tempted to lie.

Acknowledge the child’s feelings. In the example of the preschooler who tried to convince me that she had to leave at noon, I could say, “You wish your mother would come for you at noon, don’t you?” Discussing these types of situations helps children begin to understand that saying something aloud does not make it true, as much as they might wish otherwise.

Model honesty. If your child hears you tell someone “I’m on my way” when you haven’t left the house, he or she is learning that small lies are acceptable. Children will learn from you, whether you want them to or not, so if you choose to tell these small types of lies in front of them, be aware that they will imitate you. On that note…

If speaking the truth is unkind, then talk about what to say or do instead. If someone asks, “Do you like my dress?” you may not want your child to reply, “No, it’s hideous!” So what do you do? One option is to practice finding one nice thing to say about a situation rather than lie about it. Discuss these kinds of scenarios and how to react before they happen or as they occur. These types of conversations can be confusing for children so it is helpful to be persistent in pointing them out.

Make it easier to be honest. Of course, if our children are afraid that we will blow up or harshly punish them for their mistakes, they will be more prone to trying to cover their transgressions with lies. The more forgiving we can be, the less they will try and hide from us. 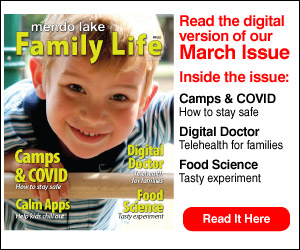